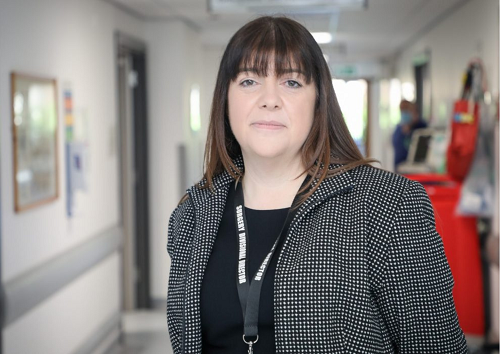 Earlier this autumn, the NHS in Lancashire and South Cumbria stated its preference for new hospitals on new sites for both Royal Preston Hospital and Royal Lancaster Infirmary as part of the New Hospitals Programme, while partial re-builds of both sites also remain as shortlisted options.

Kate Hudson, an operational lead for the programme, discusses the impact that new facilities would have on staff, patients and the public.

What is your role within the New Hospitals Programme?

One of things that I have been really involved in is the demand and capacity planning, making sure that the new hospital facilities proposed for Royal Preston Hospital would be an appropriate size for the demands, and include the facilities we need, considering both population growth and the clinical services required.

What challenges do patients and staff face because of the current sites and facilities?

At the moment, because Royal Preston Hospital is such an aged estate, aspects of the buildings do not work as well as they should anymore. For example, we might have a theatre where water starts running down the walls or the ventilation stops working. In any one of the wards at any time, you will have the drainage not working properly in the bathrooms, so you have got to close them and take the patients further. It is the general inefficiency or loss of clinical capacity that you have because it is old and designed to old standards. Healthcare has moved on, but the building has not.

Different parts of Royal Preston Hospital were built at different times. Even though the Rosemere Cancer Centre, where all the radiotherapy and chemotherapy takes place, is a far more modern building than the main hospital, we still have issues with it. For example, the roof leaks, and there is only one lift up to the chemotherapy unit, which is something that you would not design in a new hospital now.

What would be the benefit of a new hospital on a new site?

Being able to co-locate clinical services next to each other in the most productive way would be a big benefit. On a new site, there is much more we could do to improve the infrastructure around the hospital, for example in terms of car parking and access routes. Car parking comes up all the time as a concern. We would want to improve car parking and access to the hospital for patients, visitors and for our staff, to make it easier for them to get to work and be at work – this could help us retain and recruit people. At the moment, in an evening there are queues of staff trying to get off the site, muddled in with patients. If you were in a completely new site, you would build the roads and infrastructure according to the need and considering modern living.

What benefits would a partial re-build on the same site bring?

A partial re-build would still be a significant improvement to the Royal Preston Hospital site. It would give us the ability to co-locate some clinical services, especially our emergency services. This would mean that our teams could be located and work closer together, improving response times.

One of the things that would definitely help us would be single rooms. At the moment we see lots of delays where patients are waiting for single rooms for isolation, or they are vulnerable. Even a partial re-build would significantly increase the number of single rooms we have, which would make a massive difference to our patients and our staff for a number of reasons, such as privacy and dignity, infection control and prevention.

There would be more room to house a significant amount of clinical facilities that would meet the standards we would expect from a modern hospital. It is a really exciting time, whether it is a partial re-build or a complete new build. It is a massive opportunity, and we know it is going to be better than what we currently have.

How vital is it for staff that these improvements are made?

Having the right space to use the latest equipment, and enough space to move around properly sounds really simple, but it is not the case at the moment.

The right ventilation makes a massive difference to the working environment in terms of temperature control and comfort. We have currently got areas that are too hot or too cold because they are not ventilated appropriately.

Having better staff rest facilities would make a huge difference. As the hospital expanded bit by bit, some of the rest space has been converted into clinical space. This means that there are not always places near their departments where staff can go and have their lunch and a break, which is so important for their health and wellbeing.

How important is it that the views of patients and staff are taken onboard?

It is really important that patients and staff continue to share their views on what is most important to them for new hospital facilities. No one knows better than the staff who are working on the ground when it comes to what works well and what does not. We have got experts in healthcare planning and architects, but all of our staff can have an influence on getting the hospital of the future right – whether you are the person who mops up at the end of the evening or is looking after a whole ward of patients, a clinician, or support staff. I think the impact on people’s working lives is the biggest thing for me, because that translates into patient care. Having the issues with our current hospital buildings resolved would make Royal Preston Hospital a far better place to work. It would help us to recruit staff, and they would want to stay, because a nice environment to work in automatically translates into good patient care.

Find out more about what we have heard about what people think about proposals for new hospital facilities in our Your Hospitals, Your Say report.

Latest news (26.09.22): recommendations for new hospitals in new locations for both Royal Lancaster Infirmary and Royal Preston Hospital
Sign up to news by email
Page last updated: 15:49, 18/01/2023
Return to top of page